Skip to main content
Buy $198
Yup - that's me!
Human sexuality is much more than ‘what’s in our pants’ and what we do with it ‘between the sheets’. This exciting and highly informative session assists participants in understanding their own sexual and gender identity, as well as those of others. Thousands of people have been trained, internationally, with this groundbreaking modality.

During the course, the four “boxes” - sex assigned at birth as a biological concept, gender as a social construct, sexual orientation as more than just sexual attraction, and lastly, sexual play, will be creatively deconstructed. The most fascinating element of the session is making the linkages between all these concepts, which put a refreshing new light on sexual and gender diversity, identity, and fluidity. It focusses on the deconstruction of sexual and gender binaries by allowing participants to construct a more affirmative view of themselves as a sexual being, as well as others, in a gentle and subtle way. Ways of thinking about sexuality and gender, will be challenged. This is done in a supportive and authentic manner, with a good dose of humour, acknowledging increased levels of anxiety. Important to notice, is that the session will cover only “the tip of the iceberg”, since the field of sexual and gender diversity is vast. 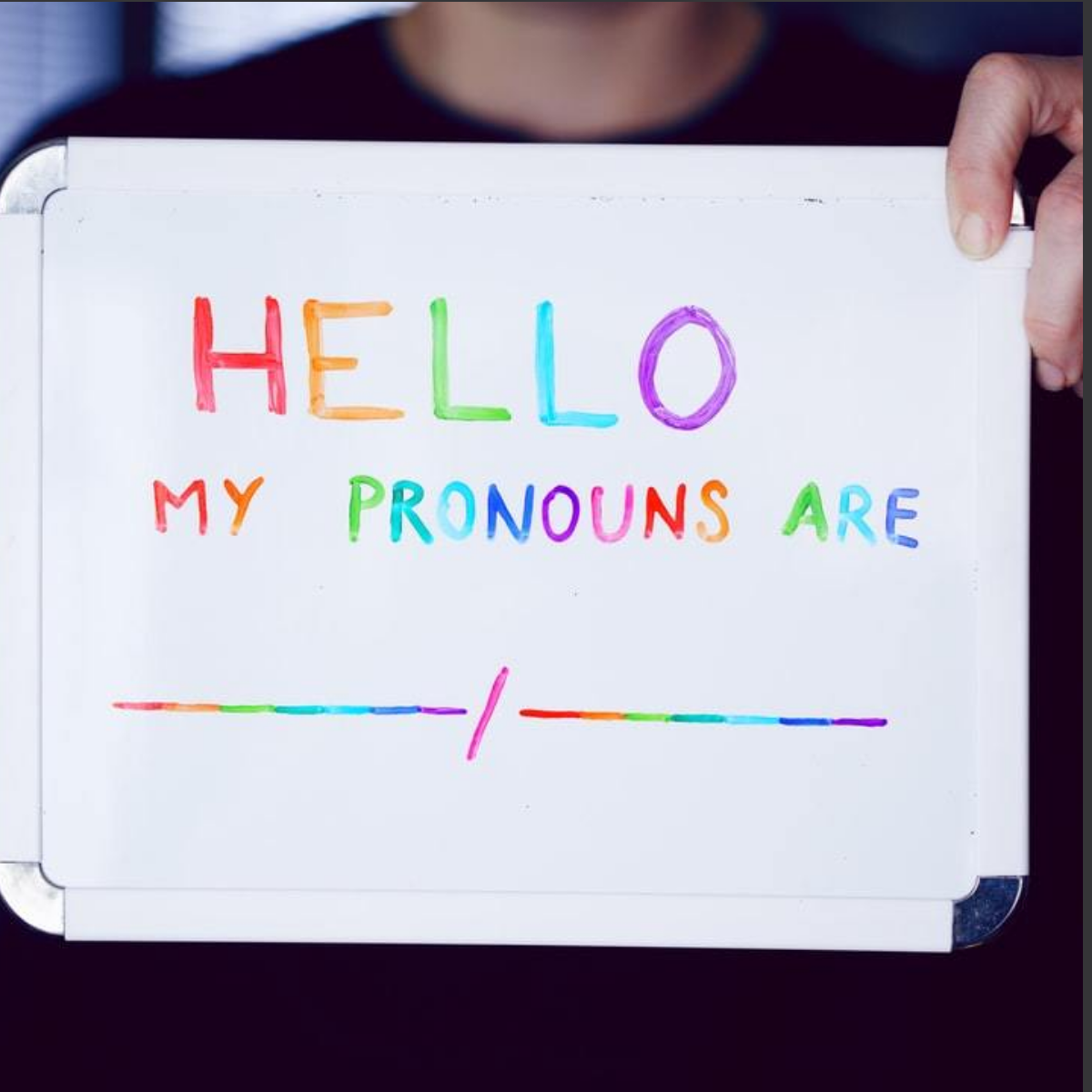 I need this NOW!
Delene is a Psychosexual Educator and Nurse Therapist by profession, with more than 30 years’ experience in the field of mental health, sexual health, and education. She runs her own international consultancy, 2nd Sight Consultants, focusing on training, development and mentorship of individuals and groups including health care and other service providers, to understand human sexuality, specifically sexual and gender diversity. She consults to various governments, NGO’s and the private sector in Africa and internationally. She is a sought-after public speaker, talking about the things that most adults struggle to talk about in a sex positive and affirming way.
She has trained, sensitized and mentored more than 30 000 people, nationally, in the SADC, Africa and internationally, developed and edited various training materials, and presented papers and workshops at eighteen international conferences. The training modality, Binaries & Boxes (or Not!)© is acknowledged as ground-breaking in understanding sexual and gender diversity and fluidity, from various international platforms, including the World Association of Sexual Health (WAS). 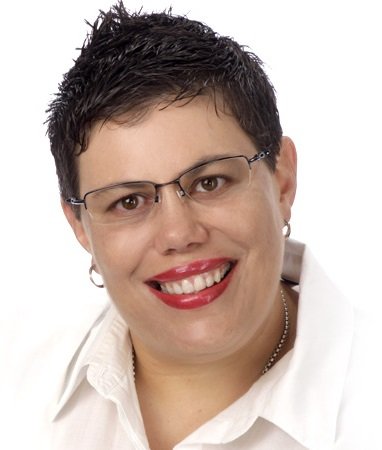 *This is how Delene van Dyk saved my life* From the onset, I have to say what I admire most about this gift of a human being is how integrated a life she lives. What you see publicly, is what you get privately and vice versa. This, I believe, is mainly because she practices her passion - from deep within her authentic gut. I am yet to meet a person who owns *all* of her raw, unfiltered being the way this womxn does. I met her in the Namibian capital, Windhoek, in September 2017. What struck me, firstly, was her razor-sharp wit and intellect - coupled not with callous distance but with non-judgmental warmth. Her mischievous sense of humour and intuitive approach to life are other traits I have great respect for. How she manages to sway the staunchest of conservative audiences with her bold, in-your-face approach is second to none: A spade is a spade is a spade. But, as a responsible and in-touch facilitator, she holds space even for those who act on their capacity to induce pain. Delene van Dyk helped to broaden my horizons and heightened my awareness, even relating to matters that I thought I had had the hang of. She helped shine light on my journey in a way that steered me from a life-threatening dependency on harmful interventions to a space where I have been able to reclaim my holistic wellness. It is impossible to overstate the profound impact she and her work have had on my journey and my life.

A language to communicate better

I always thought I knew a lot about queer people, since I have a lot of lesbian and gay patients visiting my practice. I have trusting relationships with them. Or so I thought. After attending a session with Delene, I realised that I sometimes made assumptions about their health needs, not serving them optimally. I realised I knew little about transgender health. Delene made me realise that I had a lot to learn, helped me to identify the gaps in patient care, not just for queer people, but for all my patients. Through her teaching, I found a language to communicate better, especially in the field of sexual health. I wish I had this info before I did my first consult!

I am what I am today

I need to be open to you regarding my being what I am today. I am a KP Reach Media champion because of Delene. She was so good in her facilitation all throughout the training sessions we have had with her between 2016 to 2018 in the KP Reach program under SAFAIDS. I have a professional way of doing radio programmes as well as writing stories on stigma and discrimination against LGBTI community. All this is because of Delene who taught me the right language to use. The colour of blood that I have is no different from LGBTI people meaning to say that we are the same regardless of our sexual orientation. So, there is no way to stigmatise and to discriminate LGBTI people. I am what I am because of the way Delene taught us on the subject and matter at hand. Binaries and Boxes have made me to be very positive and have really great positive attitude on LGBTI community. So, Binaries and Boxes have done me a great deal of good in making me how and what I am today. Binaries and Boxes are for keeps; it is great! Thank you Delene for bringing them to us.

Her work changed me

Over the past 35 years, I have attended many workshops and trainings. I learned a lot but attending Binaries and Boxes (Or Not!), I learned more about sexuality and gender diversity than in all those years combined. Every single person on earth needs a session with Delene. Her work changed me, personally and professionally and how I will manage my clients in the future in a more affirming way. She is a highly gifted facilitator, and the world needs more of her.
Delene started her nursing career in the South African Military Health Services in 1990. The first 7 years as a professional nurse, she worked in the Psychiatric Unit of 1 Military Hospital in Pretoria. There she offered psychiatric nursing care to soldiers, whilst the three pre 1994 military forces integrated into the new South African National Defence Force, her first professional exposure to trauma and diversity. In 1999 she started as a lecturer in psychiatry and psychology at the South African Military Health Services Nursing College and completed her BCur (ietA) at the University of Pretoria. Since then, she committed to adult education, and specialized in sexual and mental health education. In 2010 she developed the adult sexuality education model, Binaries and Boxes (or Not!)©, training more than 30 000 people internationally.

She presented her work and experience at 18 international conferences the past 10 years.

She offers Sex Ed 4 Adults and CPD accredited courses, capacitating parents, and health care providers in the private and public sector to have sex positive conversations with their loved ones and clients.

She is a member of the Psychological Society of South Africa’s (PsySSA, similar to APA) core team for developing, publishing and training on the South African Practice Guidelines for Psychology Professionals Working with Sexually and Gender-Diverse People.

Delene is also working part time in private practice, in Muizenberg, Cape Town, with a specific interest in intimacy disorders, and challenges associated with sexual, gender and relationship identities. 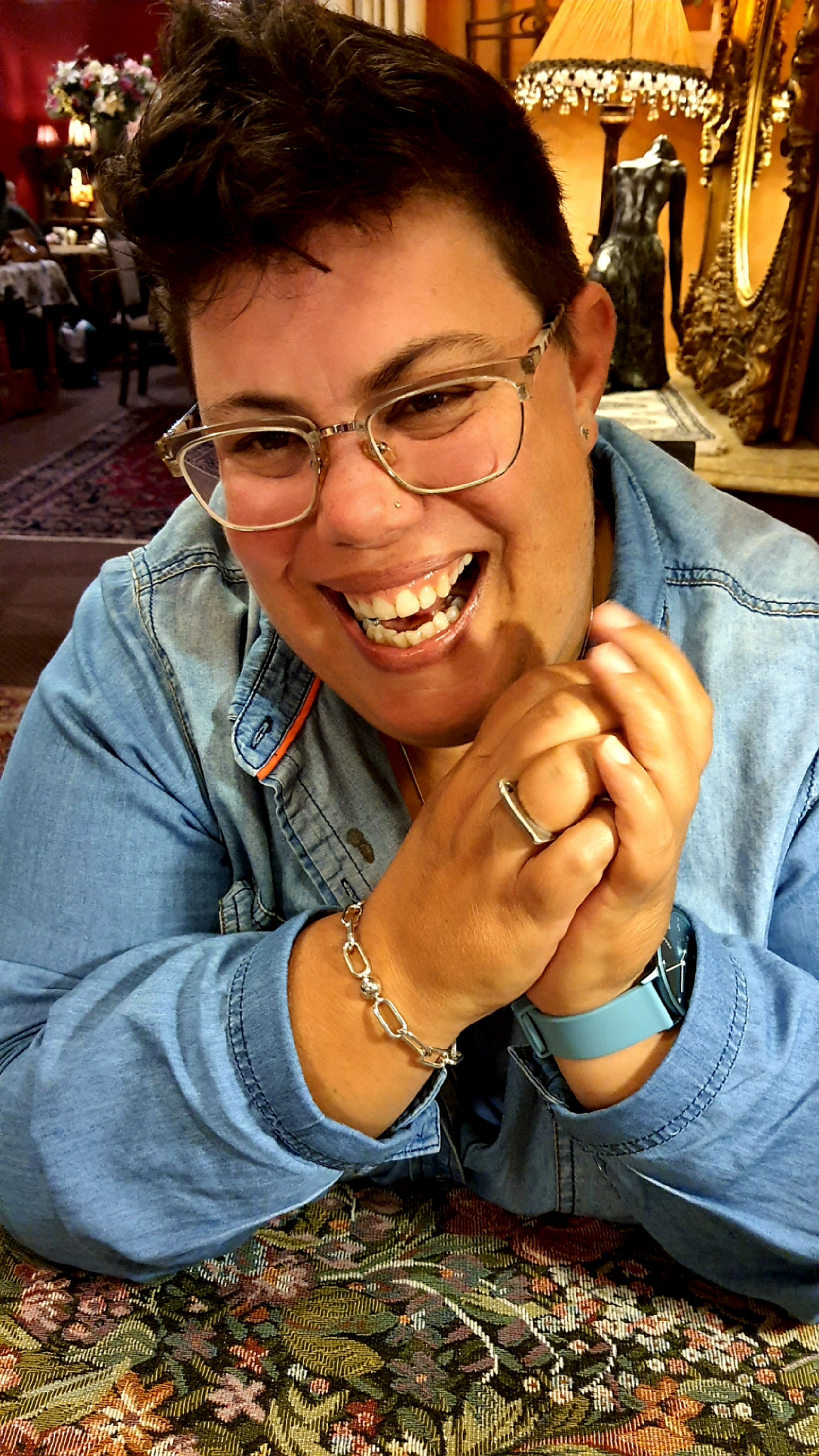 Delene was a huge part of the how

Let me mention my mentor, Delene Van Dyk – a psychosexual educator. About a thousand years ago in experience terms, this force of nature called Delene asked me in a garden what my 'why' was. I was in a dark place and was thinking of getting off my life path and onto something that seemed less challenging. My 'why'...that look on someone's face after a deep and meaningful conversation, a training, or even an insightful comment which tells me that they feel witnessed; or that something has clicked for them. "Then the how will follow" said Delene. And it did. Delene was a huge part of the how. I worked as her intern, and she opened one door after the other for me. She was the first person who made me feel like I had a right to claim my place in this field. Now she is one of my best friends and one of my loudest cheerleaders. She taught me about heart and vulnerability; about courage and ethics; about believing in something bigger than yourself; about how to give gifts; the power of allowing people to be who they are; and that you need to feel this work, not just know it.

I always consider myself as an astute intellectual, lawyer and magistrate, a professional in my field of law. But when I first learned of Binaries and Boxes from Delene’s presentation, it was first shock, like really!!! Do we live in such a world? Then soon I understood, as I remain understanding today that one can never understand human sexuality without the reality of Binaries and Boxes. Therefore, as the lecture went on the initial shock gradually turned around and changed to understanding where exactly stigma and discrimination emanates from. With that basic understanding I further understood precisely what the war against stigma and discrimination all is about. It is that understanding that has prevailed ever since and I am proud to say I can talk about Binaries and Boxes freely and with conviction in any environment, however hostile.

Binaries and Boxes changed my attitude

For the past 10 years I have been working with Key Population groups and minority populations across the Southern Africa. My role has been that of advocating for change in Health for all with the aim to reduce HIV infections and HIV-related deaths among key populations through improved access by key populations to HIV prevention, testing and treatment services. I am one of the Health Sector Champions that has benefited for the Binaries and Boxes model. Binaries and Boxes changed my attitude in understanding the context of culture that's obsessed with binaries and categorizing people into neat little boxes embracing the Spectrum how society categories the gender identities of the Key Population. People may or may not express their sexual orientation or identity in their behaviour and sexuality but through the coaching and mentorship received from Delene, at first my language is too limited to fully describe a human beings' sexuality and sexual expression. Today I have turned to be a role model in our society because I understand human sexuality. Thanks to Delene.

Uncover who we really are

Delene's work played such an important role in my journey as a therapist and facilitator, but also in my personal life journey. The ease with which she engages with a group of people - any group of people! - has taught me about the value of empathetic authenticity and speaking from your truth. Using your truth, in fact, as the basis for your engagement with others - in any context. Her work is particularly important in the current global context because it provides us with tools for interrogating the forces that shape the world and, in the process, uncover who we really are.
View more courses